On December 7, 2020, Ambassador for Peace José Dala and six Peace Makers deliberated on, Entrepreneurship and Employment (SDG 1 and 4).

The Peace Makers utilised the Dialogue for Peace Week as a significant opportunity to speak about the lack of employment – one of the demanding points for youth in the country.

They discussed questions such as:
– What is entrepreneurship?
– Do you learn it at school or in a course?
– How do we classify the situation in the Angolan market today?
– It is beneficial or not to undertake?
– How does it feel to be an entrepreneurial woman, and is it easier or more difficult?
– What are the main difficulties?
– How can we grow?
-What is the difference between undertaking in Angola and undertaking outside Angola?
– Is there a future for those who undertake in Angola?

The conclusions made found that learning in Angola is not an easy task but a challenge to embrace with love. As young people, it is necessary to realize that this problem is not just for the government to solve. Moreover, so broad is the issue that the government must also understand that the solution does not only involve foreign investment. As long as there are minimal occupational openings available, there will be no financial stability, and this is undoubtedly a threat to the process of consolidating peace. 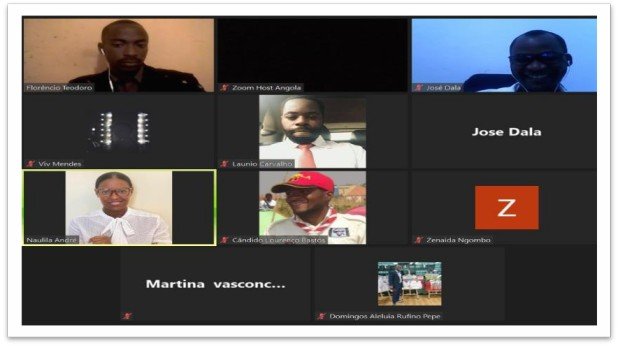