John Kollie, being visually impaired, explained his experiences as a homeless individual but stated that an organization willing to assist him and ensure he remains off the street must be sincere and honest. Nearly all the visually impaired people who attended the Friday meeting expressed their disappointment and frustration towards many of the organizations that confronted them. Usually, these organizations offer to provide support but these actions do not consummate. At the end of the meeting, the participants all agreed to work with YSP Liberia.

With support that will be given by the American Church, the project will surely develop. The program aims to educate and upskill visually impaired individuals. If they already have competencies in certain areas, they can begin to effectively apply these and achieve worthwhile outcomes for themselves and the community.

Additionally, YSP Liberia is looking forward to building a school for the visually impaired. 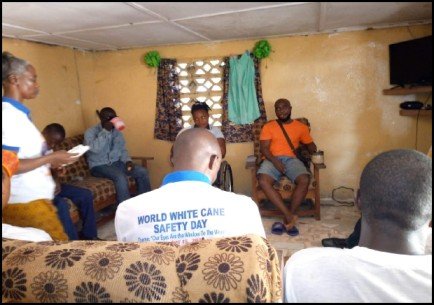