As part of its partnership with the modern technical school, le Palmier, IAYSP-RDC held two activity sessions with secondary school students. The first of which consisted of revising taught chapters of character education. The second session was devoted to the tests of the first semester.

We want to highlight that character education has been officially taught in this school since the beginning of the current school year. 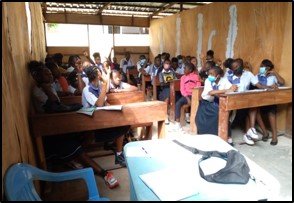