In July, IAYSP Brazil supported the 4th Nomination for Young Ambassadors for Peace, which had 339 simultaneous participants; with a total of 1300 views.

In this event, out of twelve nominees, six were musicians. Adriano Mota, Blanch Van Gogh, whom we had been trying to work together for a long time; and four members of Rosa de Saron. Rosa de Saron is a Christian-themed Brazilian rock band formed within the Catholic Charismatic Renewal movement in 1988 in Campinas, known for being one of the forerunners of Christian metal in Brazil. At the end of the month, we returned with our management team meetings to organize our upcoming activities and invited two new members to our team. 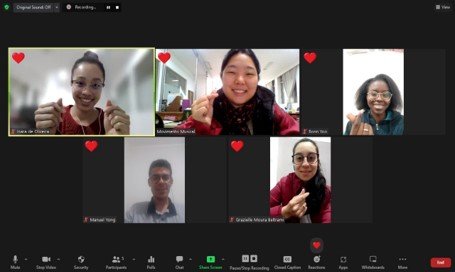